This year’s Sauerkraut Cup will take place at the University of Leeds on Saturday.

The games will start at 11am on the Weetwood Playing Fields.

The theme of the cup this year will be “EM 1972”  and our theme country is Switzerland. All fans coming along are encouraged to dress accordingly, with red-coloured clothes or the Swiss flag etc. Please remember to take food along  as there will only be mini snacks available.

You can find directions here. Find out more by liking the Facebook page Sauerkraut-Cup.

Over the past months, Tori Holmes and Claire Taylor have been working on transforming the blog for the International Conference on Latin American Cybercultural Studies (held in Liverpool in May 2011) into an ongoing dynamic site for the Latin American Cyberculture project. The project, which is led by CLAS’s Dr Claire Taylor and Dr Thea Pitman at the University of Leeds, explores new manifestations of Latin American culture on the internet. The third member of the project is Tori Holmes, who has recently completed her PhD at CLAS, where she is now Honorary Research Associate. 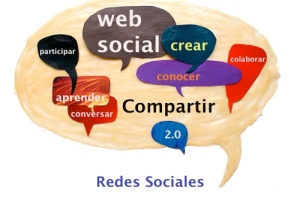 We’re delighted to now be back with the new version of the site. As well as pages giving general information about the Latamcyber project, its members, current research and latest publications, we’ve included documentation of the events organised by the Latamcyber project since 2006, as well as our joint presentations and panels at other events. There is also a page specifically about the Latin American net.art project led by Claire Taylor.

On the homepage, we have included a section on upcoming talks given by project members. We also highlight the different ways you can follow or engage with the project, whether it is through Twitter (@latamcyber), RSS, email, or by joining our mailing list.

Dr Matthew Brown (University of Bristol) will be giving a talk entitled:

‘The Struggle for Power in Post-Independence Colombia and Venezuela’

The Battle of El Santuario, which was fought on mountainous Andean terrain on October 17, 1829, is familiar to many Colombians for the same reason as British imperial history has chosen to pretend it never happened. At El Santuario, the rebel General José María Córdova was defeated by an army in the service of the Gran Colombian government, reporting to the orders of Simon Bolivar. After the battle Córdova lay wounded, when one of the opposing army’s senior officers sought him out and brutally killed him, without explanation, as if carrying out a secret order. The murderer was a British subject, Rupert Hand. His commanding officer was General Daniel O’Leary, who decades later became the British Empire’s highest diplomatic representative in the Republic of New Granada (today, Colombia). The seminar paper will summarise the findings of a recent research project on this subject, engaging with and attempting to explain the reconfiguration of European influence in the region after the end of Spanish colonial power, a subject often ignored by historians: it does so through telling the life stories of those who served at the Battle of El Santuario, from O’Leary and Hand to the local people, including slaves and indigenous men, whom Córdova recruited into his army just days before the battle.

The Seminar begins at 4:00 pm in the LAS Building (86 Bedford St. South) in Lecture Room Three.  Wine Reception to follow. Everyone welcome! 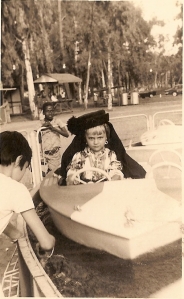 CLAS is delighted to welcome the acclaimed Portuguese writer Isabel Figueiredo, who will be giving a talk entitled:

Notebook of Colonial Memories: On growing up in a former Portuguese colony in Africa

In collaboration with Instituto Camões:

French Books on India is an exciting digital project led by members of the CLAS French Section, which has grown to become a valuable e-library and collaborative web resource. Originally developed as an online bibliography of French-language writing on India published from 1754 to the present-day, it has now been consulted by almost 1200 visitors in 51 countries (see screencap, left, for a glimpse of recent visitor locations).

The first version of French Books on India (FBI) was published by University of Glasgow French and German Publications in 2011 and an expanded version went live on 11 May 2011. It is the result of nearly five years’ work by a group of CLAS staff and external collaborators:  Ian Magedera, Kate Marsh, Corinne François-Denève, and Mircea Itu.

FBI is part of the major AHRC-supported project, Peripheral Voices and European Colonialism in India 1750–1962, which aimed to highlight the corpus of French-language books about India found in French and European libraries. The result was a 1100-item bibliography with bilingual annotations covering 18 genres, ranging from anthropology to travel narratives. Specialists at the Bibliothèque nationale de France then made a decisive contribution by adding hyperlinks to the list allowing users not only to see titles, but to read the books themselves via Gallica.

Establishing and maintaining these electronic resources is always a collaborative venture and French Books on India has benefitted from the invaluable support of Katie Palmer on the University’s web team. On the content side, an international team of annotators and staff from the Institut français de Pondichéry are constantly expanding the resource. Revolvermaps, a free-to-use app, has provided accurate web statistics and geotagging to show in great detail the points on the globe where users have accessed the resource.

Congratulations to the project team!

The CLAS Research Seminar on Wednesday 18th April will be given by Dr Ann Davies of Newcastle University, on the subject:

Starscapes: The Spaces and Places of Penelope Cruz

We are delighted to announce that Sarah Parry, a second-year PhD student at CLAS, has been awarded a Postgraduate Travel Grant by the Society for Latin American Studies.

Sarah’s research focuses on recent representations of the Latin American region, in particular Colombia, which centre upon manifestations of violence, particularly among young men in relation to the drug trade. She works with a range of theoretical frameworks to draw links between a number of Colombian cultural products and the representation and consumption of (Manuel Castells’ concept of) the fourth world.

The SLAS funding will enable Sarah to undertake a trip to Bogotá during summer 2012, where she will have the opportunity to collect resources and information from the Biblioteca Luis Angel Arango, and the Fundación Patrimonio Fílmico Colombiano.  She will also undertake an analysis of the national and local media, as well as making contact with scholars in Colombia, and catching up with other CLAS postgrads currently on field research in Colombia.

You can see a snapshot of Sarah’s research as presented at the recent University Poster Day on the image above left.