Last month, MLC’s Professor Eve Rosenhaft answered a few questions put to her by Liverpool University Press on her new publication, Black German: An Afro-German Life in the Twentieth Century, a translation of the memoirs of Theodor Wonja Michael. 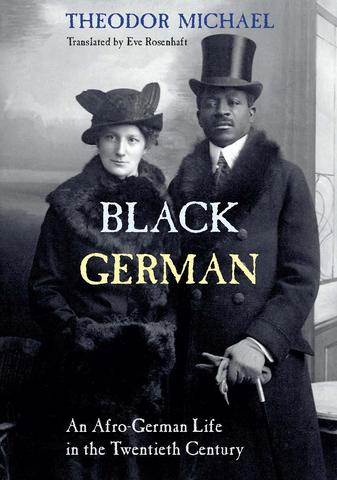 Theodor Michael is among the few surviving members of the first generation of ‘Afro-Germans’. He was born in Germany in 1925 to a Cameroonian father and a German mother, and grew up in Berlin in the last days of the Weimar Republic. As a child and teenager, he experienced increased racial discrimination under the Nazis in the years before the Second World War. Having survived the war, he became a journalist and actor in post-war West Germany. Since the 1980s, he has become an important spokesman for the black German consciousness movement, acting as a human link between the first black German community of the inter-war period, the pan-Africanism of the 1950s and 1960s, and new generations of Germans of African descent.

You can read more about Theodor Michael, his memoirs, and Professor Rosenhaft’s translation on the Liverpool University Press website: https://liverpooluniversitypress.co.uk/blogs/news/the-moving-and-illuminating-story-of-theodor-michael-an-interview-with-eve-rosenhaft

A book launch to mark the publication of Professor Rosenhaft’s translation will take place next month, on Tuesday 2 May 2017, from 5pm-7pm at the Victoria Gallery & Museum. The event is free, but please register here to attend.