A couple of weeks ago, MLC played host to Iberian and Latin American Week. In this blog, three of our students – Laura McFadden, Rebecca Mayo and Joe Corazón – share their experiences of the week with us.

From Monday 31 October to Sunday 6 November, the Department of Modern Languages and Cultures welcomed a plethora of guests from a wide range of Iberian and South American cultures. The week kicked off with a taste of Basque music, followed by a discussion of the Mexican celebration Día de los muertos and the Galician tradition of Noite dos Calacús, and concluding with another musical showcase, this time of Mexican and Galician songs.

Iberian Week is a great opportunity to get a taste of Spain and Latin America’s vibrant culture.  It’s a week jam-packed with poetry workshops, dance lessons, language tasters and much more

On Wednesday, we had to put on our dancing shoes in order to learn a range of Latin moves and grooves. Spanish lecturer Nelson Becerra-Gonzalez stole the dancefloor with his eye-catching cumbia routine, which put everyone in high spirits for the evening’s event. This involved a special performance by Catalan group Jansky, an electroverse duet who combine electro music with the spoken word. The impressive duo’s alternative type of poetry managed to turn The Caledonia pub into a little Catalonia. For a taste of their work, have a look at the following link: https://youtu.be/2yzSiwZ3bKU. 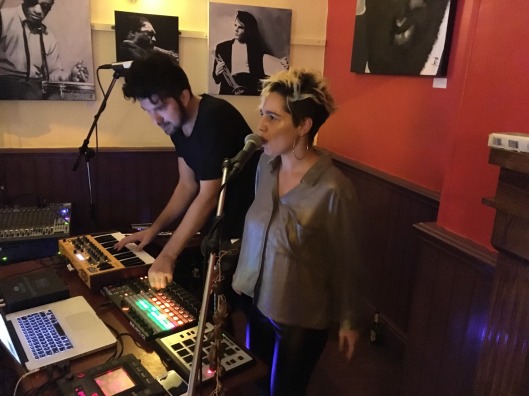 Jansky, performing at The Caledonia

Give everything a go; that’s the whole point of Iberian Week!

As well as bringing the cultures that we study at Liverpool to life, the activities on offer provided more direct support for our language work as well. For example, on Thursday, Blanca González from the University of Manchester gave a workshop entitled ‘Translating Spanish Culture: La Movida’. After introducing us to ‘La Movida’ (a cultural movement that began in Madrid after Franco’s death), we finished the workshop by translating ¿A quién le importa? – a song by Alaska y Dinarama – which was great fun and definitely improved our understanding of the translation process.

Muchas gracias to everyone involved for putting on such a fun, informative and fiesta-filled week. 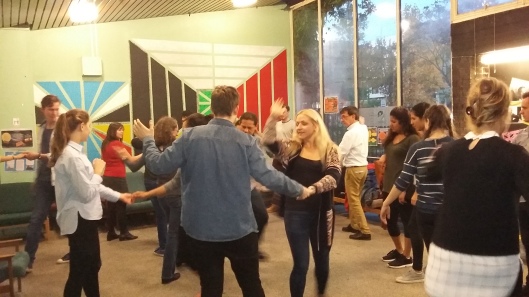